By all accounts the first major New Forest cycling event of the year, the Wiggle Spring Sportive, went off without a hitch. With around 1700 riders heading out from Matchams Leisure Park on the Saturday to take in the sights of the New Forest – from Burley, to Beaulieu (and even Fawley for the Epic) the route showed off some great parts of the National Park. Though the day started out grey and wet, the clouds soon cleared to give the riders lots of sun – and quite a bit of wind! For those interested, there was no adherence to the NFNPA’s over the top stipulation that cyclists should display numbers front & back – just the standard handlebar numbers on the front!

At Matchams Leisure Park, we spoke to a number of riders enjoying a well earned rest after completing the course. All those we spoke to were from outside the New Forest, they told us they really enjoyed the route, the scenery and most notably, were pleasantly surprised by a total lack of aggressiveness from potentially disgruntled locals. In fact, the only negative about their collective experiences was the rather pressing headwinds along the route! Thanks to their good experience of the New Forest, they said they’d like to come back again to spend more time in and around the area. This is what sportives can do for the local economy – introduce people who have never been to the New Forest and then entice them to come back. Visiting cyclists spend money in shops, hotels, B&B’s, pubs, restaurants and cafes – not only that, but show them a good time and they will be back for more – bringing their friends and family with them. A sportive can be seen as a fact finding mission – people will travel many miles to ride the route, and experience a new area. If they have a good time, there is a strong chance they will return and for longer.

A great thing about a sportive is the range of people giving it a go. The majority are on road bikes, but there were also those on flat bar hybrids giving it their best effort – and being rewarded with getting round the course! Only the misinformed call a sportive a ‘race’. Yes, it’s timed, but it’s really about the challenge, about setting yourself a goal and going all out to meet it. It was particularly encouraging to see teenagers taking part and really enjoying it! So, if you’ve never tried a sportive, now is the time to sign up and give it a go (you don’t even have to wear Lycra – though it helps.)

We also spoke to organiser Martin Barden and asked him how the day had gone. Martin told us that there had been none of the past examples of aggressiveness as shown by some locals, and in contrast, some onlookers were cheering the riders on from their gates as the route took them through their villages. Good stuff. 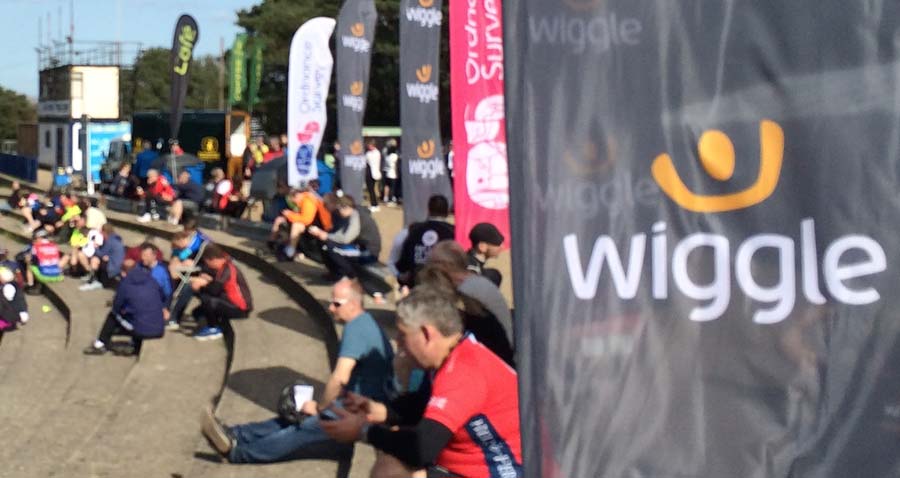 Looking round Matchams Leisure Park, it seemed a pity that the start and finish has moved outside of the New Forest bounds. The atmosphere was one of a laid back party, with food, massage, band and even a spot of bike cleaning, but if it was still located in Brockenhurst, not only would it have been in the heart of the Forest, with great rail access but all those fantastic local businesses would have been able to benefit too.

There was no doubt that today was a great success and this evening there will be many tired legs, but also a real sense of achievement.

Who are you and what do you do? I'm … END_OF_DOCUMENT_TOKEN_TO_BE_REPLACED

Who are you and what do you do? Hi, I’m Phil … END_OF_DOCUMENT_TOKEN_TO_BE_REPLACED

Who are you and what do you do? I'm David … END_OF_DOCUMENT_TOKEN_TO_BE_REPLACED

On a potentially inclement May Bank holiday, 11 of … END_OF_DOCUMENT_TOKEN_TO_BE_REPLACED

This error message is only visible to WordPress admins

Other ways to get in touch

Or, if you prefer email, you can use: